A new blog, The Tetromino is detailing the issues surrounding developing a tetris-like game on the iPhone. It looks to be an interesting read in the months ahead.

Following closely from my first OSX application (MServClientOSX), I have finished up version one of porting it over to the iPhone. The guts of the code compiled over without any issue, so all I had to do was implement the different UI.

This doesn't contain the browsing or queuing support that MServClientOSX does - but it allows viewing the currently playing song, skipping to the next song and adjusting the volume.

MServ Client for iPhone is a client for the MServ music jukebox server for common area music playing. You can download it from the AppStore by clicking here. 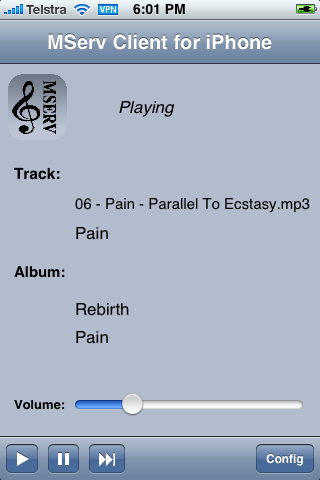 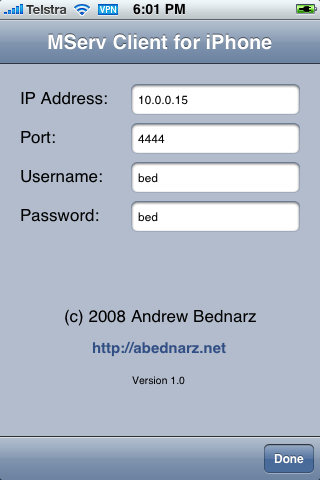 MservClientOSX is a Mac OSX client for the mserv music server. Version 0.80 supports the following functionality: 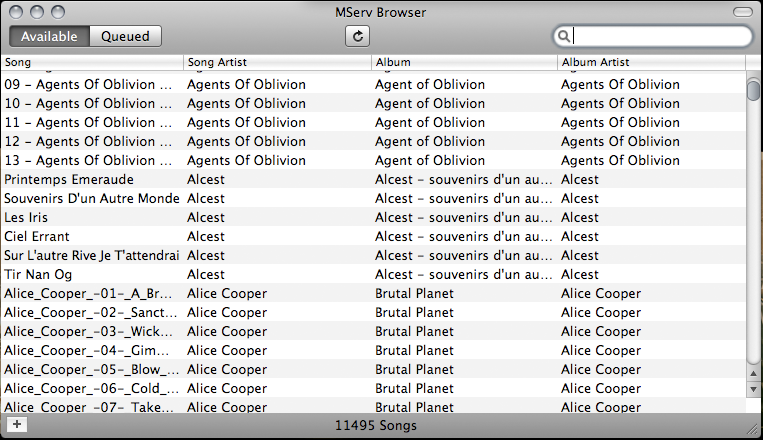 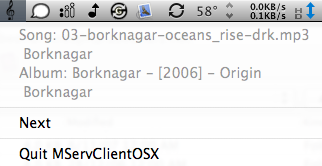 On Monday, I succumbed to the iPhone. I certainly haven't been disappointed - it makes my old windows mobile (running wm6.1) feel like a 386 with windows 3.1.

So this post is being written on it with the wordpress app - really just because I can.

It really is the device I've been wanting for the last few years and it has completely lived up to the hype for me.

More Apple KoolAid down my hatch.